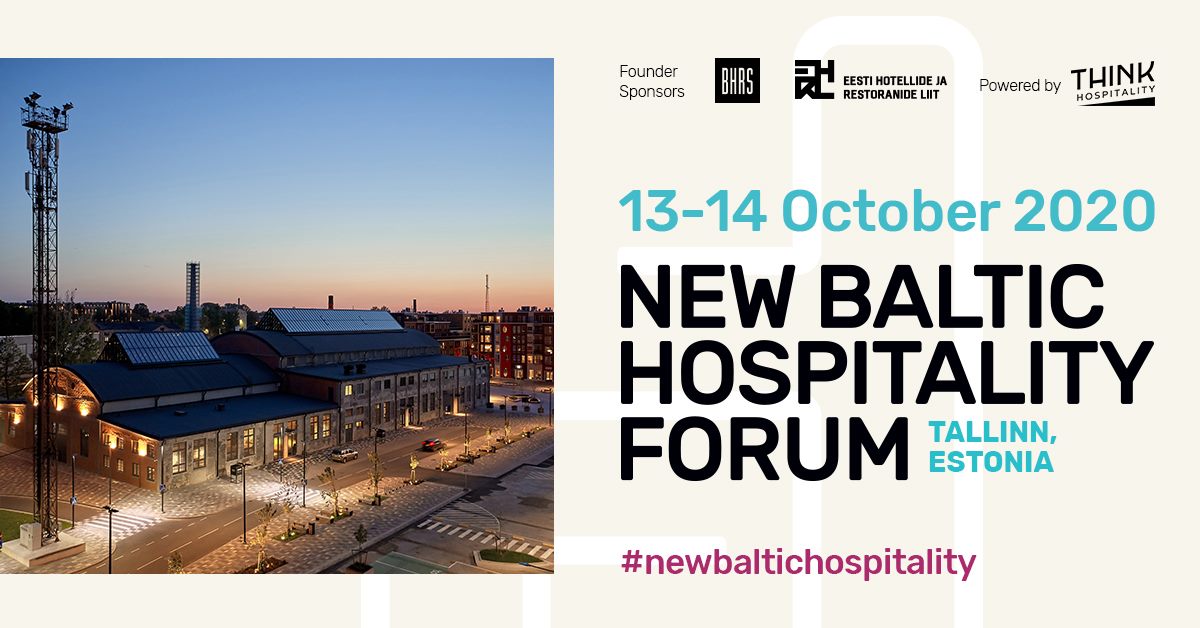 at-visions Nordic announces partnership with New Baltic Hospitality Forum for this year’s event on 13-14 October 2020 in Tallinn at Port Noblessner. This is a conference that will be shaping the future of the Baltic hotel and hospitality market.

This year’s theme for the conference is Hospitality for Humans by Humans. Among topics covered are hotel digitalisation, new concepts, green management and much more. The events over the two days will take place in Port Noblessner, the newest part of Tallinn.

Taking the stage on behalf of at-visions GmbH is Mr. Florian Ziegler, Director Business Development International and CCO from Group headquarters in Austria. Mr. Ziegler will be broadening horizons with insights on the future of hotel digitalisation, inspired by innovative technology.

Having joined at-visions global Group more than 10 years ago, Mr. Ziegler has successfully established at-visions in several international markets like the Middle East and South-East Asia and works closely with chains like IHG or Kempinski as well as high-end properties like Ritz Paris or Atlantis Dubai. In his role he takes special focus on engaging with key-accounts to identify industry challenges and transform them into innovative product development.

at-visions is an innovative digital company based in Austria specialized in IP based Streaming, Mobile Applications, Networks and Digital Signage. The company is the global leader in its class, offering guest-facing technology and related IT solutions worldwide, being a true frontrunner and innovator of the industry. at-visions innovative solutions are in use in over 350 000 hotel rooms globally (1600+ hotels). Since October 2019 CityTV is part of at-visions GmbH, having established a subsidiary at-visions Nordic with the aim of expanding the company’s innovative digital solutions to the Baltic and Nordic markets.